With 27 different tribal communities, Sarwak is the most prominent state of Malaysia. Representing the rich culture within Sarawak, the handcrafts come in plethora of textures, shapes and forms. Be it printed or weaving fabrics, wood carvings, ceramics or beadworks, all these crafts hold a unique place in the hearts of the people and for each ethnic group. Sarawak arts and crafts are one of a kind, possessing a design based on old age fables. Sarawak handcrafts are made from Bamboo and rattan which are easily be available from the nearby forest. Having widely recognized for its diversity of traditional handcrafts, its rich designs can be attributed to its multi-cultural community living in Sarawak. The beadworks by the Orang Ulu ladies are the vibrant beads of different colours that come in different shapes and sizes ranging from fashionable and fancy necklace to rings, bracelets and earrings. These beads can also be used for decorating baby carriers by adding an extra charm of beauty in them. Sarawak offers various handcrafts and communities where each community has its own handicraft tradition.

The Malay community living in Sarawak is known for its fanciful Kain Songket which uses distinctive weaving techniques. These products are easily available in Sarawak night market where the visitors are spoiled and overwhelmed with range of choices, making it difficult for the buyers to decide what to buy and what to let go of. The skills of Iban community in weaving Pua Kumbi is known and admired all around the world and never fails to catch the attention of the visitors coming from different parts of the world. The Bidayuh community on the other hand, is known for its use of beaten tree bark, rattan and bamboo to design their traditional handcraft products. The most important aspect of these products are the tourists that come from different parts to buy these as souvenirs that have an artistic or other cultural attractions , to save and cherish them for the lifetime and adore the skills and hard work of the local craftsmen.  The Assistant tourist minister wants the Sarawak to be given an official platform where these designs can be used as gifts in official functions. The main objective behind this initiative is to promote the traditional bread industry of Sarawak and reach out to potential new markets while also maintaining the cultural heritage and essence. 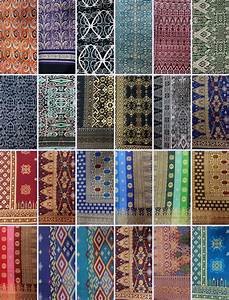 In 2016, Sarawak was widely praised and awarded the auspicious UNESCO/ World Craft Council Award of Excellence for the year 2016 for its seven different types of Handcrafts. These included the “Kabo” made by Livan Handicrafts, “Livan” deveveloped the Livan Handcrafts, “Bamboo pattern baskets” by Bengkel Pembuatan, “Ajat” bag designed by Barefoot Mercy, “Sampin” featured in gold and Malay motifs by Tanoti Sdn Bhd, “Rattan Coil Platters” made by the community of Long Lamai and finally, “Pua Kumbu” and “Ikat” which was designed by Nancy Ngali.

However, due to the growing modernisation, the government of Malaysia aims to preserve its old traditions which has a long history behind. In response, the award program was directed towards motivating the local artists to produce handcrafts who can use their skills in a uniquely innovative way, while ensuring sustainability and continuity to set quality standards